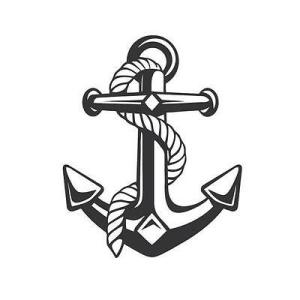 Faced with a unique lung disease diagnosis in 2013, Gary successfully received a double lung transplant at Duke University Medical Center in 2016. Ultimately, though, it was cancer that he lost a very courageous battle to.

Born on November 2, 1943 in Staten Island, NY, Gary grew up in the Grymes Hill area, where he spent much of his childhood riding and training horses, boating with his grandfather, and flying with his Dad.  The family homestead is now the site of the Staten Island campus of St. John’s University.

Gary developed a life-long passion for the sky and the sea.  He became an Army air-traffic controller, a licensed commercial air pilot and later a 100-ton yacht captain.  He was the Vice President and General Manager of Great Kills Boat Yard and Marina, and then became the private pilot for several corporations.  Work, education and pleasure were always intertwined as he loved and excelled at all of these pursuits.

A family man at heart, Gary enjoyed his life with his wife and daughters at his side. He raised his family with love and integrity and they enjoyed every weekend of every summer on his boat, ‘Summer Love’. Summer Love took them from Point Pleasant Beach, NJ to Grand Isle, VT and finally set anchor at Murrells Inlet, SC.

Those who loved Gary will remember him as a strong, kind man of many words with lots of jokes and a very “specific” way of doing things.

There will be a celebration of Gary’s life for family and friends at a later date.

I am standing upon the seashore,

A ship at my side spreads her white sails to the morning breeze and starts for the blue ocean.

She is an object of beauty and strength.

I stand and watch her until at last

she hangs like a speck of white cloud just where the sea and sky come to mingle with each other.

Then someone at my side says:

Gone from my sight. That is all.

freight to her destined port.

Her diminished size is in me, not in her.

And just at the moment when someone at my side says:  “There she is gone!”

There are other eyes who are watching her coming, and other voices ready to take up the glad shout:

and that is dying.

Bon Voyage, Captain Gary!   We shall be looking for your ever shining guiding light at the horizon and trust in our hearts that it will certainly be there.  Ahoy!

We love you very much!

To view these details online, or to offer words of comfort through the online guest book, kindly visit the funeral home website at, www.burroughsfh.com

Burroughs Funeral Home and Cremation Services of Murrells Inlet (843.651.1440) is in charge of arrangements.