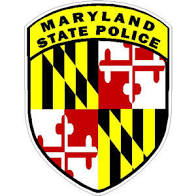 Dennis was born March 20, 1945 in Benedict, MD to the late Roger and Dorothy Welch.

Growing up in Maryland, Dennis graduated from La Plata High School in 1963. He joined the Maryland State Police Academy in 1968. Dennis worked in the Narcotics Section and the Field Detective Section. In 1972 he was promoted to Trooper First Class and began working in the Criminal Division of the Maryland Attorney General’s Office. Dennis was promoted to Corporal in 1977 and began working for the Captain’s Staff of the Washington Metro Troop as a polygraph examiner. He was also supervising multiple members of the Mobile Crime Lab. In 1982 Dennis’s health forced him into early retirement from the police force. He was awarded the Governor’s Citation for his service.

Following his retirement, Dennis became an addiction counselor for the Charles County Drug Abuse Center. He remained an NRA certified police firearms instructor throughout his life. He also went on to work for several private security agencies. He worked as a bailiff for the District Court of Maryland before his full retirement.

Dennis enjoyed farming and sports. So much so that he built two regulation baseball fields on his farm in Maryland. The fields were used to operate a youth baseball organization and also for community activities.

In 2008, Dennis fully retired and moved with his wife Peggy to Murrells Inlet, SC.

To send flowers to the family or plant a tree in memory of Dennis Welch, please visit our floral store.